I know that I should be really excited about this but I can't help but feel that I'm not really getting the experience I was hoping for after carefully reviewing the recently released God of War Collection trailer. Yes it looks sharp, and it will be fun earning trophies for both games, but I noticed something that really bugged me.

First off, let's talk a little bit about how widescreen worked on several PS2 games. Many PS2 era games (like God of War, Ratchet and Clank, and Final Fantasy XII) supported widescreen TVs, but, it wasn't true widescreen and it was, in my opinion, a worse presentation than running 4:3. Here's why. When you selected widescreen, rather than expanding the view horizontally (horizonal +), the game would cut the view vertically (vertical -) and then stretch the image to fit the widescreen TV. Most of the games that supported widescreen also supported progressive scan, so my guess, though I don't know this for sure, is that a game running at 480p at 4:3 was pretty much maxing out the PS2. So adding to the view horizontially would have overburdened the PS2 and so the solution was to cut the view vertically.

What does that mean? It means that running a game in 4:3 mode will actually allow you a larger view than in widescreen. So that is pretty much how I have played all my PS2 games that support progressive scan and widescreen; progressive scan on, widescreen off.

The blade is elongated and the magic selector is now oval instead of round.

How about the QTE buttons? 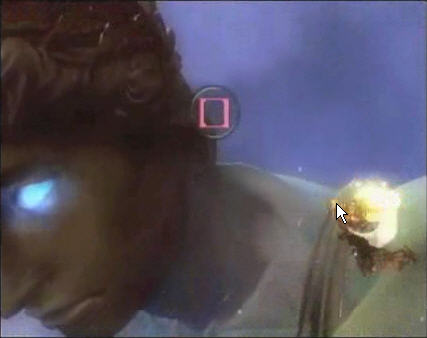 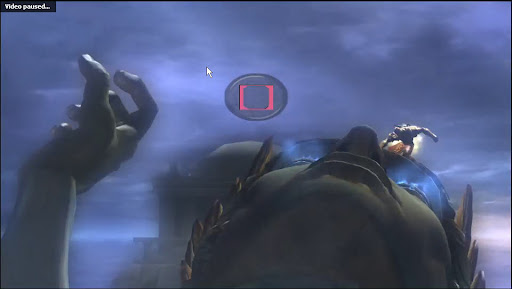 Here's a shot of the Colossus battle from God of War II, with the QTE button, and it's elongated friend from the God of War Collection.

Well, if that was it, I would probably be okay, but I started thinking about it and I thought that if the HUD elements were stretched, perhaps they aren't upgrading for PS3 by doing a horizonal + but actually using the vertical - method of making it widescreen. So I thought I'd do some comparision shots and sure enough, the God of War Collection is using the vertical - method instead of adding to the view. After the whole PC vs. 360 widescreen debacle with BioShock, you'd think developers would know that gamers like horizonal + on their widescreen, not vertical -.

Here's some shots for you to view. I've drawn in red lines to indicate where the shot is cut for the equivalent Collection screen shot. 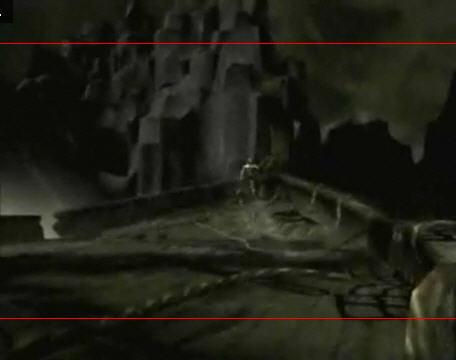 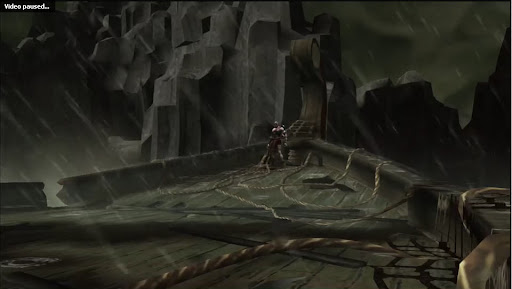 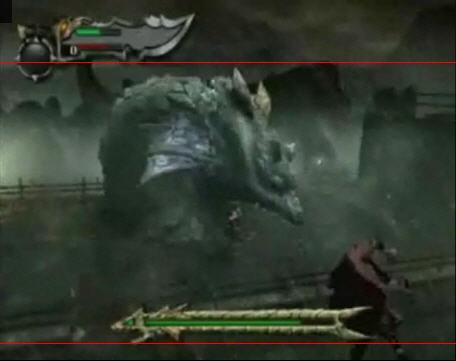 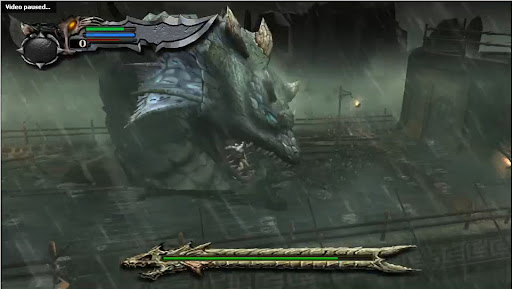 Will I still get it, yes, but I am a bit disappointed in the choices that the developers made. Could you at least take the time to fix the stretched HUD elements? When a circle looks like a oval, that's kinda obvious that you're taking shortcuts, isn't it?

Found a nice video on YouTube that shows the differences in motion (courtesy of colt45joe).