Christmas has come and gone, and the New Year (and a new decade) is upon us. Panzer posted up his 2009 look back already so I figured I better get mine up before it gets too late.
More...
Posted by DuncanR2N at 4:11 PM No comments:

Overall, we had a great Christmas this year, everything went pretty smooth (Santa did have to put out Christmas presents by flashlight and candlelight due to a blackout). Kids were happy, Mom and Dad weren't too stressed. However, it didn't go all that well for one individual...
More...
Posted by DuncanR2N at 4:13 AM No comments:

Merry Christmas everyone! May your Christmas be filled with as much joy as these kids...
More...
Posted by DuncanR2N at 5:46 PM 5 comments:

Looks like the PSP-4000 is turning into more than just a rumor. Check out this lovely print add from the MCV digital edition.
More...
Posted by DuncanR2N at 9:26 PM No comments:

Recently I have taken to playing through PixelJunk Monsters on the Hard-core difficulty. Why? I don't know, probably because I'm a masochist. I love tower defense games and one of the very first ones I ever played was in the Warcraft III expansion pack (remember that one?). I fell in love with that level and I've loved tower defense games ever since.

I've posted up a video of me doing a perfect run (Gold Rainbow Get!) on the Special 1 map on Hard-core. Enjoy
More...
Posted by DuncanR2N at 1:51 PM No comments:

It's roughly 3:15 am. I finally finished watching the Spike VGAs. Overall, I was pleased with the results, but there was some that I thought were off the mark. So here's the breakdown, I'm not commenting on every award so I've put all the ones with comments first with a summary of the other wins following that.
More...
Posted by DuncanR2N at 3:19 AM No comments:

Over on FinalFantasy-XIII.net, they've got the skinny on the differences between the PS3 and 360 versions of the game. Square, speaking with Famitsu, said that they would be identical way back when but I don't think anyone really believed them.
More...
Posted by DuncanR2N at 9:08 AM No comments: 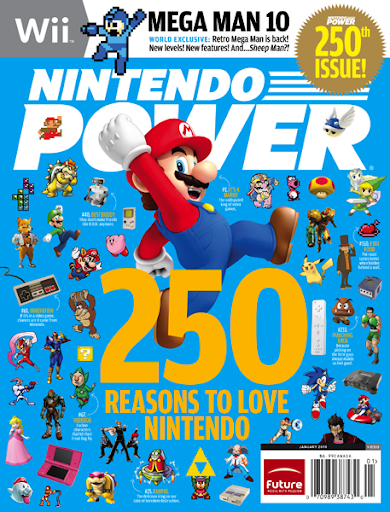 This version will be a bit more user friendly than 9 as it has an Easy Mode (which is assume will be similar to the Easy Modes available on the Mega Man Collections on the Xbox, PS2, and GC.

Obviously it will be on the Wii, via WiiWare, but there's no other word on the other platforms. One would assume that since Mega Man 9 was available on all three major consoles, 10 will be as well, unless, of course, Nintendo worked in conjunction with Capcom to 'bring the series home.' That would a nice move assuming that Nintendo actually pulls that off.

Regardless, it's nice to see Mega Man returning once again.

If you've ever played Tetris, you will totally get this video.

We've seen ads for video game, tie-ins with fast food, and soft drinks but now we must have hit that all too critical mass.
More...
Posted by DuncanR2N at 5:04 PM No comments:

UMD add-on for the PSPgo?

Seems a little odd but according to CVG, Logitech is working on one. Interesting really since that kinda defeats the whole purpose of having a PSPgo. However, if they do make a UMD add-on I wonder if it would be possible to rip your UMDs to your PSPgo? I'm sure that Logitech wouldn't include software to do so, but there's always homebrew.

Strange especially since there's rumored to be yet another PSP iteration (PSP-4000?) that will have UMD support.

Sony has said that they are going to support a dual delivery model. I didn't really believe that but if they are really readying a new PSP with UMD support then I guess they really meant it.

I'm a big fan of the PSP, I use mine all the time for on the go gaming as well as my portable MP3 player, with the occasional web surfing thrown in the mix. Removing the UMD on the PSPgo was a stupid decision as it cuts off anyone's existing library (I myself have almost 50 titles) and even if they did find a way to transfer it all, I'd need a ton of space to fit all those games. Plus my digital downloads would have zero resell value, and that just doesn't sit well with me.

With the start of December its about time I look back at my year in gaming. Last year I thought I did well to finish fourteen titles but I outdid myself in 2009 and completed twenty one.
More...
Posted by PanzerNinja at 12:04 PM No comments: