Yes, it's time to hand out accolades to the best of the games this year. However, I do things a bit differently than most sites out there. Rather than hand out the awards for the games released this year, I hand them out to games I played this year. So, here goes.


I played three RPGs this year, and all were good, but one of them just really resonated with me and I sunk alot of time into it as a result. Wild Arms 3 was a solid RPG that had just about everything one could ask for in an RPG. The Legend of Heroes: Tears of Vermillion and Valkyrie Profile: Lenneth were good in their own right but didn't seem to really hit home with me, or at least, not as much. Heroes was a great portable RPG, but it was very formulaic, it also lacked in character customization, but other than those two complaints, it was a fun RPG. Lenneth, on the other hand, was the exact opposite. It played like no other RPG that I had ever played. From both a mission structure, to the battle system, and even the way you moved through the dungeons. It was a unique experience that thoroughly enjoyed, even if the difficulty was a bit much at the end. However, as I mentioned at the outset, Wild Arms 3 really resonated with me. I have enjoyed the previous entries in the series, and was expecting much from Wild Arms 3. I wasn't disappointed, and really had a great time with the game, thus it earned the top spot for me this year. 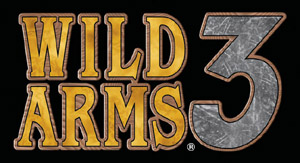 2009 Action/Adventure of the Year
Nominees:


I played a few action/adventure games this year. And for the most part, they were all really good. I felt the top four were Star Wars: The Force Unleashed, Batman: Arkham Asylum, God of War II, and Assassin's Creed II. Noticably absent is inFamous, a very good game which unfortunately didn't make the cut because by the end of my second playthrough (for the evil side) I was kinda bored and ready to be done with it. For that reason, it didn't make the cut. A lot of folks bashed on The Force Unleashed, and while it was no means a perfect game, I had great fun with it and even got good enough to tackle (and beat it) on the Sith Master difficulty. There's some really great combat to be had in that game, especially on the higher difficulties. One thing that I really like was that the Quick Time Events weren't just random, and each button press corresponded to the same action that you would normally perform with that button, just on a really powerful scale. Since Dark Forces, I think it's probably the best game to capture what it's like to be a force-wielding powerhouse. Batman: Arkham Asylum was another fantastic game, with a great story, great voice acting (Mark Hamill as the Joker!), a tight combat system and really fun stealth bits. I loved the art style as well and would love to see a Batman movie that looked like that game. God of War II (the PS2 version) was another very good game expanding on the visceral combat of the first game as you lead Kratos on his Quest against the Gods of Olympus. For a PS2 game, it still holds up well against the newer flashier games. Last but not least was Assassin's Creed II, the sequel to the fantastic Assassin's Creed. I absolutely loved this game. Assassin's Creed II was pretty much everything I had hoped for in a sequel, better action, better story, better characters, more things to do, you get the picture, which is why it takes the place as the Action/Adventure GOTY.

2009 Platformer of the Year
Nominees:


This was another category that was real easy for me to choose. Ratchet & Clank: Up Your Arsenal was easily the best in the genre for this year. Loco Roco was a fun little title and was a bit reminiscent of Gish, which was a great little platformer but by the end I was really ready to be done. It had a unique control scheme as well, you didn't control the Loco Roco, but the ground on which the Loco Roco rolls. Ratchet: Deadlocked was actually really fun, and a bit of a different take on the whole series, but it was too short. Up Your Arsenal was just about everything I'd want in a platformer. I really enjoyed this game. Ratchet & Clank had great characters, great story, humor, you name it. There was tons of variety between the standard platforming sections to the flying sections, mini-games (that aren't lame). The weapon variety was top notch and was filled with some real devastating weapons. Which is good cause you face off against some real devastating enemies. There was never a dull moment in Up Your Arsenal and that is why it wins this year.

2009 Shooter of the Year
Nominees:


I had a nice mix of shooters this year, the Obligatory Call of Duty (it's like Madden now, every single year), a Star Wars shooter that had been sitting unplayed in my collection for far too long, and, of course, a couple of the best shooters on the PS3, Uncharted 1 & 2. Star Wars: Republic Commandos was a nice change of pace for the Star Wars universe as it put you in command of a highly trained squad of Republic Commandos. Basically, it was Rainbow Six for the Star Wars universe. The game itself takes place between Episodes II & III, and if you are fan of the whole Extended Universe, this game is worth a look. I can hardly mention this game, without also mentioning the Republic Commandos books by Karen Traviss which, even if you don't play the game, you should definitely read. They are some of the best Star Wars EU books I've ever had the pleasure of reading. Call of Duty: World at War started off really good and overall I liked it, but I just can't get past the heavy guitar licks that I kept hearing as I played. My WWII shooters should have a solid orchestral soundtrack. Think Saving Private Ryan or Band of Brothers. The music I kept hearing in COD:W@W belongs with the MW series, not WWII. Best aspect of the game though was not the game itself, but the co-op Nazi Zombies. Blows Left 4 Dead out of the water in my opinion. That leaves us with Uncharted 1 & 2. Both are excellent games and while I do take issue with a few of the plot elements, the production values are so good, with excellent gameplay, controls, visuals everything. As a side note, I will say that were I to award a game a Best Visuals award, Uncharted 2 would be the easy winner. Anyway, everything 1 does, 2 does better, I'm given the Shooter award to Uncharted 2: Among Thieves.

2009 Strategy of the Year
Nominees:


Strategy games this year were kind of all over the map. One traditional RTS, one Tower Defense and one TBS. All were really good. For Strategy GOTY I've had a rough time picking a winner. C&C: Generals is a solid RTS, though arguably not a true C&C game, but both Advance Wars and Pixel Junk Monsters were really well done. I fell in love with Tower Defense games ever since I played the secret level (The Crossing) in Warcraft III: The Frozen Throne. I've spent hours with PixelJunk Monster, and I don't see it ending anytime soon. Advance Wars was an amazing game that is surprisingly deep. On the surface it's quite simple and very accessible, but beneath all that was a really deep and challenging game. Ultimately, I decided to give it to Advance Wars, but it was a close race. Both are excellent games but I think Advance Wars has the edge.

So this brings us to DuncanR2N's 2009 Game of the Year pick. All 5 of the GOTY nominees are all real top notch game and I enjoyed them completely. Anyone who knows me knows that my 2007 GOTY pick was the original Assassin's Creed. Now that the sequel is out, Assassin's Creed once again reigns supreme. I absolutely loved it. Uncharted 2 came close, but, like the first game, had some very lame late game enemies, which really messed up the game for me. Assassin's Creed II was a solid experience from the get go so I'm calling it the DuncanR2N 2009 GOTY.

Winner DuncanR2N's Game of the Year!: